10 reasons not to ban smacking 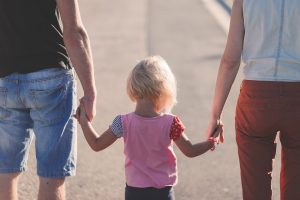 On Thursday 3 October the Scottish Parliament voted to outlaw parental smacking. Parallel legislation is making its way through the Welsh Assembly.

Campaigners now have their sights on England and Northern Ireland, with attempts to change the law likely in the next couple of years.

Consider these ten reasons to oppose the criminalisation of parents who smack their children.

1. Parents will be criminalised

The Scottish and Welsh smacking legislation removes the defence of reasonable chastisement from law. This defence allows parents to use reasonable discipline with their children – a tap on the hand or the backside – without being charged with an assault. Removing it means that all physical discipline, no matter how light, will be dealt with as assault. Parents will be liable to investigation, prosecution and conviction for smacking.

A criminal charge for smacking would have huge ramifications for families. Parents could lose their jobs, resulting in a loss of income. In exceptional cases, parents could even lose custody of their children.

In cases where prosecution does not occur, families will still be subjected to distressing interference. Parents accused of smacking will be investigated by social workers and potentially the police, with children likely being interviewed separately from ‘the accused’ – their mum or dad.

2. Children are already protected from violence and abuse

The law as it stands across the UK is sensible and proportionate. It outlaws violence, abuse, and unreasonable chastisement.

The reasonable chastisement defence is rarely cited in court, proving that it is well understood by prosecutors and the police. Responding to the Equalities and Human Rights Committee consultation in Scotland, a police officer with 29 years’ experience said: “I have never come across a case where I have felt the law as it stands is inadequate for any investigation into child abuse…I have found no appetite amongst my operational colleagues for any legislative changes.”

Professionals in Wales, England and Northern Ireland also understand the law well and have not expressed a desire for it to be changed. If it was lacking in any way, police officers, social workers, and legal professionals would have pointed this out long ago.

3. Reasonable chastisement does not harm a child

Proponents of a smacking ban often claim that physical discipline is harmful to children. However, many studies have found no causal link between physical punishment (smacking) and negative outcomes.

Professor Robert Larzelere, a world-renowned expert in child developmental psychology, concludes that the main meta-studies on smacking are ‘not methodologically sound enough’ to allow for robust conclusions to be made. Professor Tommy MacKay, former President of the British Psychological Society, also stresses that the evidence is inconclusive.

Interestingly, the Welsh Government’s own consultation document stated that there is unlikely to be any evidence which specifically shows that a light and infrequent smack is in any way harmful to a child.

4. Genuine cases of abuse could be missed

There are serious concerns that a smacking ban would make the job of the police and social workers more difficult and distract them from genuine cases of abuse.

The Welsh Government estimates that 548 people a year would be investigated under its smacking legislation. In Scotland it could be as many as 948. This is a significant number of additional investigations for child protection professionals to pursue. Identifying at-risk children is like finding a needle in a haystack. Making the haystack bigger does not make them easier to find.

A social worker in the audience of a BBC Question Time in Kilmarnock expressed concern that a smacking ban would be impossible to police and that the burden would fall on professionals such as herself. She warned: ‘you’d need a million more of us to make it work’.

5. A smacking ban is state overreach

If there is no reliable scientific evidence to show that reasonable chastisement is harmful to children, then Government does not have the right to reach into homes and criminalise parents for smacking.

Parents accept that in circumstances where a child is at risk, the state has the right – and responsibility – to step in and safeguard that child. This could include removing a child temporarily or permanently from a home and arresting a parent who acted to harm a child.

However, in general, the state should not tell parents how to bring up their children and threaten parents with draconian punishments if they do not do so in a state-approved fashion. That is a mark of an authoritarian society, not a free one.

6. A smacking ban erodes trust between parents and professionals

A major drawback of a smacking ban is the potential for a breakdown in trust between parents and the authorities who are there to provide help and support.

Trust between parents and professionals is already strained. If parents believe that engaging with professionals could lead to negative intervention in the home, they will be less likely to approach them when they do need help.

This would not be a good outcome for children in circumstances where a parent is struggling with some aspect of their care.

Katie O’Connell, of Wendy Hopkins, the largest family law firm in Wales, has warned that removing reasonable chastisement from the law could leave families in “real turmoil”.

She wrote: “Social services would also very likely be involved. Pending prosecution of the accused or if a parent is convicted of an offence against their child, it could result in families being divided. Of course, the other parent would need to be seen as protecting their child from potential harm. Where would this leave their relationship with the accused?”

Officials at the UK Ministry of Justice have also outlined problems with a smacking ban: “Her Majesty’s Courts and Tribunal Service have serious concerns that feuding parents may, following the removal of the defence, use the change to further their cause against the other parent in a separation or divorce.”

In most of the 57 countries said to have ‘banned’ smacking, they have only used the civil law. The changes were often merely symbolic, have no enforcement mechanism, or are simply not enforced in practice. By contrast, the Scottish and Welsh proposals make smacking a criminal offence.

In New Zealand, which voted to outlaw smacking in the same way as Scotland and Wales, public law specialists have concluded that the ban has led to ordinary parents being criminalised – despite the assurances of politicians.

In Norway, another country which criminalised smacking, parents have been treated harshly under the law. In 2018, the BBC spoke to one mother who was arrested for smacking. She said she had intervened to stop her son from biting a sibling, but her explanation was rejected and her four youngest children were taken into care. There is a growing outcry about the effect of the law in Norway.

9. The public don’t want it

In Scotland and Wales , the public have expressed strong opposition to a smacking ban. More than 70 per cent of adults do not think parental smacking of children should be a criminal offence. More than 70 per cent think it should be up to parents and guardians to decide whether or not to smack their children. And more than 60 per cent say it is sometimes necessary to smack a naughty child. It is likely that citizens in England and Northern Ireland feel the same. Politicians should listen to the views of their constituents.

10. A smacking ban will affect some people more than others

Smacking investigations are more likely to occur in families who are already on the radar of social services. Refugees from nations where there is no such law will also be disadvantaged, especially if there is a language barrier. It is unjust that a smacking ban will affect some groups in society more than others.