People travelled from across the north east for the latest stop for the Be Reasonable Scotland Roadshow at the granite city’s Skene House. 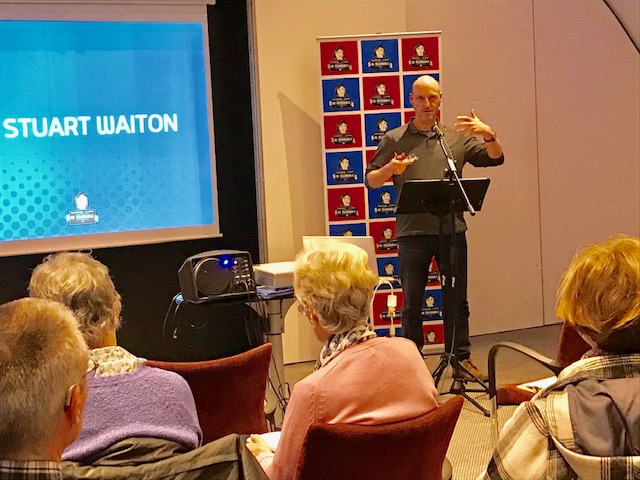 Nigel Kenny from the Christian Institute welcomed everyone and spoke of the progress of Be Reasonable, since it was launched in Wales 18 months ago. He then showed a video of highlights from the Scotland launch event in December last year.

The main speaker was Dr Stuart Waiton, Senior Lecturer in Sociology and Criminology at Abertay University. He opened by referring to Professor Robert Larzelere, a Research Methodologist at Oklahoma State University and a leading academic in the field of research on smacking and effective means of disciplining children.

Prof Larzelere dismisses the anti-smacking “research” as fitting academics’ desired conclusions and suggests that what works best is mild snacking, alongside a range of other parenting techniques

Stuart then made the telling comment: “If smacking didn’t work, we would have stopped it centuries ago!”

“Increasingly in the last 20/25 years”, he went on, “law is getting used for political reasons – direct force is used to enforce behaviour.”

“We now have politicians who are micromanagers of behaviour”, he added.

“There is a profound disconnect between politicians and the public – liberals are illiberal, socialists wouldn’t know it if they came across it and conservatives aren’t conservative.

“There’s a zeal for intervention – the public are seen as dangerous – there’s a huge shift in how we understand language – lots of words are now seen as offensive – John Stuart Mill’s harm principle (causing physical or economic harm to someone is what constitutes a crime) has now been extended to upsetting people emotionally – the sharpest focus is on children – in five years time, shouting at children may be next, because it will be viewed as inflicting “emotional harm” on them!

“They say it won’t criminalise parents but the police HAVE to investigate every complaint – it’s virtue signalling, addressing ‘violence’ towards children.”

Stuart finished with three consequences he saw that would arise from a smacking ban:
1. Parental authority will be further undermined (it started 20 years ago).
2. It will degrade relationships with the professionals that families need to deal with – health visitors, teachers, GPs, social workers.
3. Who will parents be able to trust? All professionals will have to act upon reports.

Stuart concluded by calling the bill an “appalling development”.

Nigel then shared some of the key arguments against the smacking ban and gave some tips for how people can get involved with the campaign.

There was a good time of Q&A, where it was suggested politicians are now seeking to define criminal activity along the lines of behaviour which causes emotional or moral harm and how can this be changed? Not for the first time, the idea that “Big Brother is watching you!” was quoted from George Orwell’s dystopian novel, 1984.